You are here:Home Astrological Planets Working With Saturn: The Servant & Master/Ruler Archetype 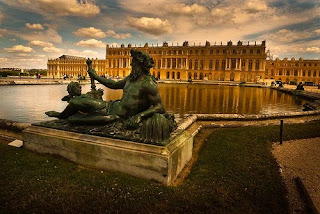 In this Saturn post, we’ll discuss the often underrated Servant archetype in connection with its counterpart, the Master/Ruler archetype.

Transformation of the Servant to the Master/Ruler (Or Vice Versa)

In Judaic myths, the servant archetype is often associated with future elevation. The story of Joseph the slave becoming the ruler of Egypt is well known. It’s interesting that even in his elevated position, he was essentially the servant of the king – so the archetype was consistent despite his changed circumstance (i.e. the ruler.)

Another well known story is that of Elisha following and serving the prophet Elijah until his death, afterwards receiving the power to work powerful miracles and becoming a prophet himself. In these and other biblical stories (starting with Moses), the leader of men are portrayed to be the servant of the Creator, despite all their power.

In India there are stories that go in the reverse direction, where kings, prince/princesses go seek the wisdom of spiritual masters, who are often in the serving class (a weaver, shoemaker, gardener etc.) Some of them give up their wealth and status to become the servant of these lower-born sages.

While the difference of life direction suggested by the Western and Eastern myths is interesting in itself, for our purpose it’s sufficient to see how the archetypes of Servant and Master/Ruler seem to be connected, like two sides of a coin.

Saturn Cycle and the Evolution of Servant/Master Archetype

Wherever Saturn is found in the natal and transit chart, there could be a sense of mastery and authority that accumulates as a result of years of service (i.e. work done in a spirit of cooperation, improvement, or love.) As a result there could be elevation of status or increase in responsibility.

Another possibility is that you temporary experience katabasis (descent) and even feel “down and out” in the life area suggested by Saturn, as a process of intense learning and self knowledge. (Consider Joseph being thrown into a pit, then becoming a slave, then becoming imprisoned. That’s katabasis.)

Saturn’s 29.5 year cycle could be divided into roughly four 7 year quarter-cycles. We could experience some rise and fall (and rise again) as Saturn makes its hard aspects (conjunction, opposition, squares) every 7 years with a given planet or a point. Here are some examples:

Saturn conjunction, square or opposition to natal Saturn: As Saturn represents our core structures in life, Saturn’s transit to its natal position every 7 years could signify major changes in our social status, including work, marriage and family. Frequently there are greater opportunities to serve. Sometimes there are necessary experiences of descent. [Note: Saturn’s transit to Midheaven could be interpreted in similar way.]

Saturn conjunction, square or opposition to natal Venus: Venus represents our ability to create emotional connection with others. We ‘serve’ in relationships all the time, but every 7 years our depth of commitment to serve those we love is being tested. [Note: we could interpret Saturn’s transit to the Descendant in a similar way.]

Saturn conjunction, square or opposition to natal Moon: Moon represents our emotions and inner being. Every 7 years the Servant archetype will clash with our emotional needs (I put it this way because most of us are not emotionally wired to serve – serving is a learned behavior.) During this period we might need to put our own emotional needs aside for the sake of others – or figure out a creative way to serve in a way that somehow satisfies our own needs as well.

Saturn conjunction, square or opposition to natal Mars: Mars is the sword of the Sun – it represents our power to act and achieve our objectives. Every 7 years this power clashes with the Servant archetype, and must be harnessed for the sake of others – or else there could be frustrations.

Each time transiting Saturn approaches a certain point of your horoscope, it may be useful to consider how you might be facing an opportunity to serve in greater ways. Your natal Saturn placement through sign, house and aspect may also suggest ways in which you’re being called to serve – in this case, transit to natal Saturn will reinforce this natal tendency.

My natal Saturn is square Mars, and throughout my life I’ve had to learn to submit to various authorities, while working on understanding why it was making me so angry. I could say that my natural tendency was to use whatever abilities I had for purely personal goals, but that somehow wasn’t working – which prompted me to seek out agreeable ways of serving others while using my Mars talent (which happens to be in Scorpio & 8th house).

If you can relate with Saturn and the Servant/Master archetype in your horoscope, please feel free to share your thoughts and experience through emails or comments.