You are here:Home Astrological Planets Uranus in Astrology: Breaking Free from Old Patterns 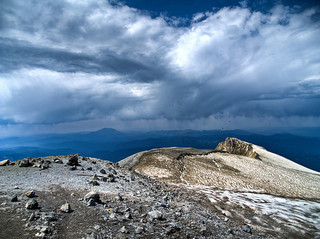 Emphasized Uranus, either in natal chart or through transit & solar arc, seems to grant us the capacity to ignore rules and traditions that keep us stuck in a rut.  Uranus represents our ability to think outside of the box, as well as deviate from the unspoken code of conduct imposed on us by others or (more often) ourselves.

If some people with strong Uranus emphasis choose illegal means to get what they want, it’s not because they lack conscience – they’re merely more able to ignore rules of morality imposed upon them by society (all revolutionaries, by definition, break rules.)

Uranus involved with 7th house or its ruler suggests an involvement with alternative thinkers or individualists that break rules in various ways.  The suggestion here is that such influence may be necessary in order for you to break out of your limiting patterns.

Uranus – Sun aspect suggests a drive to break free from the mold, by becoming someone different from your former self.  Reinventing the self does not always work out positively, however – some become more withdrawn and reclusive under this placement, moving into a fringe of law and society.

Uranus – Moon aspect represents emotional shock or turmoil, and the drive to escape it.  Some people shut down in order to distance themselves from the pain.  Other people renew themselves with intensity, investing all to fulfill their needs.

Uranus – Mercury aspect suggests the need to know or think of something new, as well as intense fear of boredom.  There may be nervous drive and anxiety, and an escape into the world of abstract ideas.

Uranus – Venus aspect suggests the need to extricate oneself from stifling relationships.  In both love and friendship, there tends to be a drive to seek excitement through people.

Uranus – Mars aspect may manifest as a burst of anger at any obstacles.  The feel is that of a sudden attack in order to win.  This aspect intensifies the Uranian drive for freedom and the need to extricate oneself from confining circumstance.

Uranus – Jupiter aspect suggests the drive to broaden one’s worldview.  There may be a tendency to feel constrained by one’s own culture or religion, which leads one to seek out new knowledge.  There is also a strong drive toward optimism.

Uranus – Saturn aspect represents a clash between the old and new: Valuing the old, yet seeing the need for change.  This could manifest as frustration with the world, or a patient resolve to effect change.

Uranus – Neptune aspect could lead one to reach out for new inspiration, or escape into fantasy and intoxication.  Neptune lures us with the promise of freedom from difficulty – but the easy way out tends to be costly.

Uranus – Pluto aspect suggests a deep desire to right a wrong.  There may be a need to extricate the self from negative or malicious circumstance – and perhaps a drive to help others do the same.

In Closing: When Your Old Pattern No Longer Works

Living under Saturn’s inertia, which could be thought of as “repeating what worked for us over the years,” our thinking and behavioral patterns tend to solidify and stiffen.   We stay out of trouble that way, but in exchange we may also feel stuck in the same disempowering pattern year after year.

Observing the natal or transiting Uranus’ placement could help us recognize the opportunities we have to reinvent ourselves in a certain area.  Just like a butterfly extricating itself from the cocoon of its old life, doing so could help us form a brand new identity with much more inner & outer freedom.

If you want to add your own experiences and insights regarding Uranus in your horoscope, please feel free to do so in the comment section below this post.