You are here:Home Astrological Planets Uranus in 12 Houses: The Power of Creative Network

Uranus in 12 Houses: The Power of Creative Network 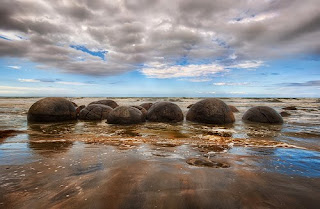 Uranus archetype represents internal and external network, consisting of unique ideas and people that interact with each other. Creative ideas do not happen in a vacuum: they are born out of your connection to others that are different from you.

Think of the people that are well known for their creative work, and you’ll probably see that they either worked as a team, or were a part of a larger network of unique individuals (think jazz, or Florence during Renaissance.)

Creative people know that they can gain inspiration from other disciplines: painters could be inspired by the work of composers, who could in turn be inspired by architects, etc. Mathematics inspired many arts, as did philosophy. Writers inspired filmmakers, but the reverse is also true.

Creative people thrive from diversity, and their mind is able to accommodate disparate groups of people and ideas. Many study the work of the past masters of their art, delving deeply into history and absorbing the styles from different eras. The key is that they’ve reached out to people that thought & worked differently from them, and were open to learn from them.

The placement of Uranus in your natal chart may suggest where such creative network would be most necessary for you to avoid being stagnant.

Uranus in 1st House – could be called a mark of the Renaissance Man (or Woman). This placement suggests that your self image is defined by the vitality of your creative network. It seems likely that you’ll need to be constantly involved with interesting people from various walks of life.

Uranus in 2nd House may suggest a network tied to your business or finances. A wealth minded Mastermind group? Sure, go for it.

Uranus in 3rd House may indicate a network of writers, teachers, or any other communicators, including IT professionals. Perhaps a network of people who are “in the know.”

Uranus in 4th House could imply a diverse group of people gathering in your home, most likely since you were very young. While it could have been a bit unsettling, getting exposed to diversity early in life may have helped you make friends easily later on.

Uranus in 6th House might indicate a network of helpers and service oriented people. A group of animal lovers might also fit in the picture.

Uranus in 7th House suggests relationships marked by disparity and diversity. The friends could be so different from us that we can’t help but feel unique.

Uranus in 8th House may point to a network of healers and consultants that are into health and well-being. It could also suggest people that share an occult interest.

Uranus in 9th House might highlight an international network based on a cultural or philosophical belief. We can also consider networks of academics, lawyers, or writers.

Uranus in 10th House would suggest the importance of networking in the unfolding of your vocation. Professional associations, or cross disciplinary connections (i.e. connecting with people in other fields of work) could become important in future.

Uranus in 11th House may indicate networking with a group of friends that strive toward a shared purpose.

Uranus in 12th House can suggest a network that has to do with crisis or recovery.

If you want to be more creative, the easiest thing to do is to be a part of a network of people and ideas. Without any creative input from others, we tend to stagnate. Internally, we can also seek to cultivate a robust network of ideas through studying others’ works through books and other media.

Looking at your own horoscope, what does the placement of Uranus suggest? How do you network with others in the area specified by Uranus? If you feel a bit stagnant right now, do you think reaching out to other people’s works and ideas can help you be “unstuck” in that area?

As usual, feel free to share through emails or comments…