You are here:Home Astrological Houses Relationship Astrology (2) Connecting from the 12th House 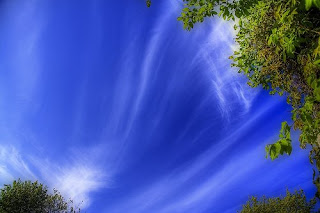 The last post mainly discussed transits into the 12th house, but what about the natal planets in the 12th?

We covered already that the “props” we lose in 12th house has to do with worldly ties that anchor us in life – family, friends, relationships, work, wealth, status, etc. It boils down to connection with the world.

Since 12th house often has to do with confinement, isolation, secret, and ‘behind-the-scenes’ involvement, we can see that planets in here would experience some challenges in finding a way to connect with the world directly.

Noel Tyl suggested that Pluto in the 12th house, when stressed, often carries the feeling “the world doesn’t understand me” – which is the manifestation of difficulty in connecting with others.

Venus in 12th house is also associated with challenges in relationship – “a private sense of beauty” is Noel Tyl’s wording – which suggests the existence of ideals and emotions that are not easily shared with others.

Mars in 12th house is said to suggest “hidden anger” – or anger that is not easily shared with others.

Rather than becoming fatalistic about these challenges, we could ask “why?”: Why is it so difficult to share your perspective, ideals or emotions with others? Is the aim “not to be hurt ever again?” How will that work in building a relationship?

Connecting from the 12th House
Several thoughts, with examples:

1) How could we use the energy of the 12th house to connect with others? One way may be to pursue a 12th house activity. The reason that connecting with the outer world is hard may be because there is a need to connect with the inner, or even paranormal, world.

Coleman Barks, a renowned Rumi translator who gives very cool poetry readings of the ecstatic poet, has Pluto in the 12th house.

2) Another poet Charles Bukowski, who has Moon in the 12th house, wrote poetry and writings that appealed to those that were marginalized, the poor, insane or incarcerated – his own 12th house experience has touched others that feel the same pain of not being able to connect or “fit in.”

This suggests that we could connect with others through sharing or empathizing with their pain. Work of art, literature, or screenplay often touches people when it is able to speak to the parts of us that feel the same pain that the writer (or the character) feels.

3) Other way might be to “Connect from Behind the Scenes” – It’s interesting Alexander Graham Bell has three planets in the 12th house, and he invented the telephone (talking with people without seeing them.) I checked about a dozen radio broadcaster’s charts and found similar emphasis of the 12th house.

This leads me to think about the people that like to connect via internet discussion board, Facebook etc, who have a challenging time with in-person relating…I think it’s a double edged sword – it’s a start to connect with others online, but we don’t want to stay stuck in virtual relationships.

My feel is that 12th house planets work best if you can somehow use its energy toward productive or meaningful activity – whether it’s writing, painting, meditating, or programming, etc. It’s not an accident that many creative horoscopes have 12th house emphasis.

By channeling the 12th house energy this way, the need for introversion or isolation may be fulfilled enough, that it doesn’t have to spill over into the relationship arena.

If you have 12th house planets and have some input in how best to handle it, please feel free to write or comment…