You are here:Home Astrological Planets Progressed Mars: Symptoms of Resistance 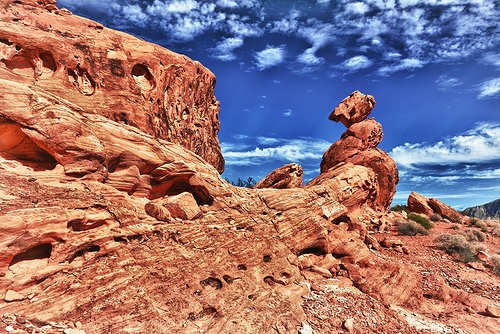 Regardless of what system you use (I use Solar Arc), progressed Mars making a hard aspect to an important point in your horoscope will “heat it up” for a year or longer.  In general we think in terms of the following:

If anger is felt during the Martial period, we often expect it to be necessary.  However, not all fights that happen during this period are about protecting one’s boundary.  Sometimes the anger that’s felt could be masking a much deeper emotion, like fear.

Anger and the Fear of Change

Psychologically speaking, if a strong, chronic pattern (e.g. criticism, rejection, abandonment, etc) has been in place for 20, 30, 40 years or even longer, the ego identifies with it and resists letting go of that pattern – it will hold on to that pattern no matter how toxic or debilitating it is, because of a belief that says “this is how my life should be, because it always was.”

When such patterns (e.g. depression, self-criticism etc) are strongly operating, we may unconsciously resist opportunities to improve our lives, because being happier means we need to let go of familiar mental & emotional patterns.  Rather than change the pattern and feel the fear of the unknown, many people (without being aware of it) choose to stay within the familiar realm that feels debilitating, but safe.

You may be wondering “how is it possible to resist something good without being aware of it?”  Anger is one way.

Example: Someone who grew up in a turbulent household with a lot of shouting and fighting may feel uncomfortable (albeit unconsciously) living in a peaceful home because it threatens her life long belief (e.g. “Home is not a safe place”) which has also become part of her identity.  In this case, she may unconsciously begin to focus on those things about her partner that causes her to be angry, so that she may recreate that familiar pattern of shouting and fighting.

Solar arc Mars making a hard aspect to her Ascendant-Descendant axis or the Sun/Moon midpoint may be experienced as a season of angry exchanges and fights with her partner, not because of any external factors (although there may be some convincing scapegoats), but simply because she is afraid of peace and intimacy.

What is the alternative to such a scenario?  Progressed (solar arc) Mars activating the Ascendant or its ruler suggests a challenge to renew one’s identity, perhaps through adding more courage, boldness and motivated action.  In this example, it could also mean that she can begin to embrace a new sense of self within relationships: one that doesn’t involve constant fights and anger with her loved ones.

In making a significant change such as this, we need to be willing to let go of old, familiar patterns (e.g. criticism, fault-finding, etc).  This would likely trigger deep fear-response from the unconscious, which you need to have the courage to accept and move through.  In this way, the archetypal energy of Mars is being used to take us to a new awareness of success and peace in relationships, instead of being used to create upsets and perpetuate old patterns.

Of course, we’re not just talking about relationships – this can apply to any area of life.  If you notice anger, tension or anxiety building within your body while progressed or solar arc Mars is activating your horoscope, check to see if your life is changing, perhaps for the better.  Fear of success is a real thing, and becoming aware of our resistance to feel better can help us release old habits and create a new, more powerful sense of self.