You are here:Home Aspects Pluto Says An Opposite of Depth is Nothingness

Pluto Says An Opposite of Depth is Nothingness 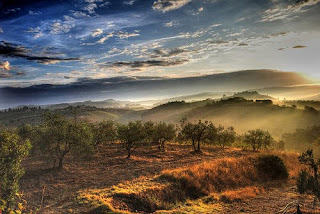 Pluto is the symbols of depth, as befitting his title “god of the underworld.” Depth, as in deep knowledge, emotions and beliefs.

The opposite of depth is not height, but shallowness. Pluto is the symbol of extremes, and it can represent the height of ecstasy as well as the depth of despair. Its opposite is simply nothingness.

Nothingness, in the sense that “nothing happens.” No ecstasy or despair, no wild success or failure, no risk and no reward. Like a flat line in EKG that symbolizes death.

Whatever Pluto touches in your horoscope will have this quality of “all or nothing” extreme.  Consider the following Pluto aspects:

Pluto conjunct, square or opposition Venus (also, Pluto in 7th house) will assure that relationships will be accompanied by extreme emotions. So much is expected in terms of intimacy – there needs to be absolute honesty and depth of sharing. It’s either that, or ‘nothingness’ of shallow relationships which are unsatisfying.

Pluto conjunct, square or opposition Mars will necessitate intense burst of energy, a show of force. Action must be taken to fulfill desire. Energy must be exercised to the limit of one’s capacity. Otherwise, the energy might implode unto oneself in the form of weight gain or depression – a common yet tragic result from the decision to do nothing.

Pluto conjunct, square or opposition Mercury will demand Herculean exertion of the mind. Mind must acquire power to know, speak and influence to the n-th degree. Alternative is the shallow stream of daily conversations about nothing – which creates deep inner anxiety and frustration.

Pluto conjunct, square or opposition Sun will necessitate deeply authentic personal expression. Shallowness means denial of one’s deeply seated problems. Nothing happens until honest confrontation with oneself has been achieved.

Pluto conjunct, square or opposition Moon will similarly suggest the necessity for authentic emotional expression. As a child, one’s emotions might have been hijacked by a powerful adult (most likely the mother.) Emotional patterns inherited from parental figures might need to be examined and discarded if necessary.

Pluto conjunct, square or opposition Jupiter suggests depth of faith in oneself or a higher power that is needed in order to function well.

Pluto conjunct, square or opposition Saturn requires depth of commitment, effort and integrity that is required to succeed. A choice to avoid depth in these areas leads to underachievement.

A Hint About Depth

Usually a prominent Pluto placement suggests a trauma, a wound of some sort that needs to be healed. If there are no such personal issues to be solved, most likely there will be other issues that will take us deeper – like confronting the injustice that abound in the outside world. Either way, it’s heavy stuff.

With Pluto, the awareness of wounds or injustice already exists, at least subconsciously. So the choice to do nothing equals denial, which drains our power and deadens our emotions.

Wherever Pluto is found in the horoscope, we may need to bravely confront what is wrong within ourselves or our immediate environment. The alternative is stultifying, frustrating nothingness…

Are you a Plutonian? How do you deal with this need for depth, and an aversion to shallowness in the area touched by Pluto?