You are here:Home Astrological Planets Planets and Positive Emotions 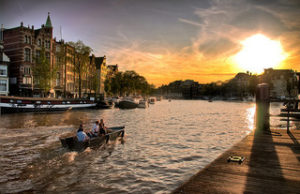 Isn’t it interesting that missing even one of these planetary functions could generate feelings of unhappiness?  Consider a few scenarios:

Nothing in a horoscope can prevent a planet to function well and generate positive emotions.  However, a presence of heavy developmental tension (i.e. hard aspect by Mars, Saturn, Uranus, Neptune or Pluto) often suggests that a challenge has to be overcome before the planets involved can begin to function well.

If a planet is peregrine (i.e. unaspected by another planet by a major aspect), its function may go into overdrive and turn excessive.  Example: Mercury peregrine could make the mind work overtime, so much so that it tends toward excessive analysis or criticism instead of (or, in addition to) generating positive emotions of curiosity.

When a planet is retrograde, straightforward expression tends to become challenging.  You may need to make a conscious effort in order to tap into the positive emotions associated with the planet. Example: Someone with Jupiter retrograde may have to consciously cultivate a positive vision of the future in order to maintain a positive attitude.

In Closing: Horoscope as a Diagnostic Tool for Emotional Well Being

Looking at the table above, do you feel a lack of certain positive emotion?  Your natal chart may hold a clue as to why that emotion may be difficult for you to experience naturally.

If there is a heavy tension placed upon a natal planet by transiting Saturn or an outer planet, check to see if feeling the positive emotions associated with that planet suddenly became difficult (or somehow different) during the transit.

If you become aware of a blockage, you may be able to activate the missing positive emotion through conscious effort.  Examples: Mars can be invigorated through exercise; Jupiter can be lifted up through gratitude and faith.

Looking at your horoscope this way, astrology can be used as a real-time diagnostic tool for your emotional well-being.