You are here:Home Astrological Planets On Uranus Archetype: Part 2 – Significance of Transit or Solar Arc Uranus 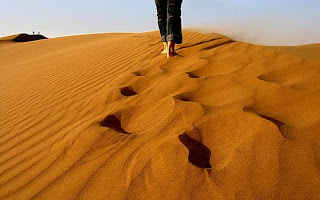 Being in touch with the Uranus archetype (the Wild Man/Woman discussed in part 1) means you’re true to what makes you happy, and is able to choose a lifestyle (e.g. vocation, hobby, relationship, spiritual practice) that uniquely fulfills you, no matter how “different” it may make you from others around you.

During important Uranus transits, you may realize that you are not being fulfilled – perhaps even bored – within the current life direction you’ve chosen. This means it’s time to question your values and motives – is “playing safe” and “not rocking the boat” suppressing your creative spirit? What’s to stop you from pursuing a new course of action?

Significance of Transit or Solar Arc Uranus
Often we may choose to suppress the part of ourselves that don’t fit in, simply because it’s often the wise & necessary thing to do in order to keep the career or the marriage going. But there may come a time when the cost of suppression becomes too great, and trying to conform may damage the integrity of your soul.

Such turning points come several times in everyone’s life (consider Uranus’ transit or Solar arc to the Angles, or the Uranus’ transit opposition to its natal place that happens when we’re about 42 years old.) During such times, you would definitely want to consider taking extra time and space to be by yourself, questioning your values and reexamine what is meaningful and important.

If the Uranus transit involves a relationship (e.g. transit to Ascendant-Descendant axis, Venus and/or the 7th house ruler), this suggests that a time of testing for the relationship has arrived – you may need to have the courage to pursue what feels important to you without necessarily having the approval/involvement of someone close to you. In some cases your partner will be the one that can encourage you to take the plunge into the new direction. Either way, a new element will be introduced into your current relationship.

If the Uranus transit involves a career (Midheaven–IC axis, 6th or 10th house ruler), you may need to consider the possibility of a vocational development that is more in line with your true interest/passion – is your current job merely a result of conforming to other people’s expectation (i.e. paying bills and supporting a family)? Could the transit be suggesting that you’re actually in a position to be able to pursue the work you really love?

A few more Uranus transits to serve as examples:

Conclusion
In this way, you’ll have opportunities to update or reprogram the areas of your life touched by the transit/Solar arc of Uranus. Sometimes a person or a group will come into your life that help you to go into the new direction. For me, last year’s Uranus transit over my Ascendant changed everything through bringing me into new responsibilities, social contacts, and long term goals – and I had several mentors who played a very important part in making the transition.

During 2010 Uranus will be in late degrees of Pisces, except when it starts to go into 00-01 degree of Aries between May-July. If you have pertinent examples or a story regarding a key Uranus transit in your life, please feel free to share through emails or comments.