You are here:Home Astrological Planets On Uranus Archetype: Part 1 – Wildness of the Soul

On Uranus Archetype: Part 1 – Wildness of the Soul 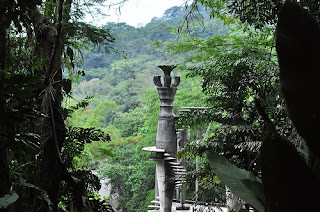 Every person deals with the world in a skewed way, only we each do so a little differently – many of us learned to be good at hiding our own particular quirks early on (since the alternative meant risking rejection from others.) But underneath, we’re still a little bit weird (or unique.) In astrology, Uranus is the symbol of that quirk.

If you ever feel less than excited about your own potential, consider where Uranus is emphasized in your natal chart through house rulership, placement and aspects: chances are that you will find plenty of energy there, just waiting to be released from our self-created constraints.

A Few Images for Uranus Archetype
In the language of archetypes, Uranus is the Wild Man (Woman), or Mad Scientist, or the Rebel of the psyche: this part of us is ferociously independent, doesn’t care about people’s opinions, let alone rules and regulations. It wants space to be itself, and likes to follow its own path into the woods, into the trails less traveled.

Understandably, the Wild Man elicits fear from the more civilized part of our being – God knows what’ll happen if we let it out at work! What would happen if we let the Mad Scientist out in a business conference?* Can the manager let their inner Rebel run the show?

There is a good chance that the Uranian energy will not be welcomed in a peaceful and orderly environment, where we’re doing business as usual. So often we just exile this part of ourselves, and choose to be more or less like everyone else (follow the news, talk about investments, economy, politics etc.)

Uranus in a Natal Chart
Like other outer planets, Uranus must be somehow integrated into the overall expression of the psyche before we can experience its intensity in a healthy manner. Because this part of us always likes to “push the envelope” of what’s possible, there is a fresh energy to be had each time we visit it, if we’re able to release the conformist fear that says “this may be too weird, what will people think of me?” etc.

No matter where you find it in your horoscope, this archetype will be highly charged, ready to give us energy and direction if we’ll suspend our fear of rejection long enough. If you relate to your natal Uranus placement, please feel free to share your story/experience through emails or comments.

In the next part we’ll discuss Uranus transits and ways to be in touch with the Wild Man.

*Actually it could turn out to be wonderful. Like Hans Rosling (not to say he’s a mad scientist, but we can feel similar intensity and genius when he talks.)