You are here:Home Astrological Planets Neptune and Pluto in Natal Chart, Transit or Solar Arc

Neptune and Pluto in Natal Chart, Transit or Solar Arc 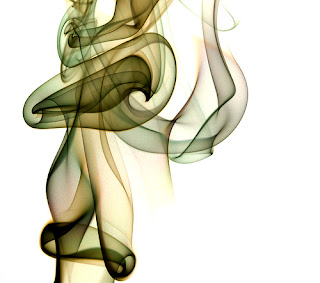 Neptune and Pluto: Collective Unconscious + Desire for Power
In Escape from freedom, social psychologist Erich Fromm suggests that the reason Hitler was so successful in gaining power over people was that he has expressed what the masses felt at the time: “the craving for power over men and the longing for submission to an overwhelmingly strong outside power.” Astrologically, this domination/submission instinct is represented by Pluto (which is often associated with sadomasochism.)

Neptune rules mass consciousness (or collective subconscious): for example, it rules television and arts, which are both transmitters of the collective desires and values of that time. Noel Tyl ascribes the element of “charisma” (a power to attract and influence others) to the combination of Neptune and Mars in the natal chart.

Interestingly, Hitler has Neptune conjunct Pluto in his natal chart*: this suggests that the issue of dominance and submission was coming up in the collective unconscious at the time of his birth – and Hitler became the chosen representative of the era as he became the focus for this collective energy, to express and act out the darkest possible spectrum of human desire for dominance and submission.

There are other famous leaders born with the same conjunction: Mao Zedong of China, Ho Chi Minh of Vietnam, and Dwight D. Eisenhower of United States – each of them expressing their political power quite differently.

Other expressions of the Neptune-Pluto combination, in natal chart and in transit/solar arc:
Pluto-Neptune conjunction can be seen in a number of well known spiritual leaders that you might have heard of: Paramhansa Yogananda, Swami Sivananda, Sri Meher Baba, Jeddu Krishnamurti. The transit or Solar Arc involving the conjunction, square or opposition of Neptune and Pluto is known to correspond with a time when paranormal or spiritual dimensions of life is emphasized in the individual’s life.

In science, Niels Bohr, a Nobel Prize winning physicist who was involved in the creation of atomic bomb (symbolized by Pluto,) has Neptune conjunct Pluto. There are two other Nobel Prize winners with the same conjunction: Walher Bothe (radiation of neutrons) and Louis de Broglie (wave theory.) So we could think of the combination of Pluto and Neptune (in natal chart and transit) to include the openness to explore a deeper, more subtle dimensions of life.

Whether it’s science, spirituality or politics, the combination of Neptune and Pluto in a natal chart will reflect humankind’s collective subconscious desire to gain power. Most people will not come in position to wield much power over others, but those that do will be challenged to use it wisely, for there will be a lot of power to do both good and harm, affecting possibly millions of people.

*This is an extremely rare historical conjunction, occurring just under every 500 years. The next conjunction will be in 2384…perhaps a plenty of time for mankind to forget its lessons learned during the 20th century – should we inscribe a warning for a second Hitler on a stonewall somewhere? (Just kidding…or maybe not.)