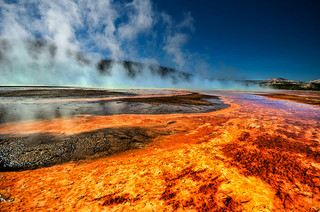 This article is relevant if you have natal Mars Pluto aspect, or are experiencing transit Pluto conjunct, square or opposite Mars.

The Meaning of Mars Pluto Aspect
Mars represents action and application of energy. The placement of natal Mars in your horoscope suggests how you need to act and apply your energy in order to fulfill your purpose in life.

Pluto represents empowerment to the nth degree. Pluto in conjunction, square or opposition with Mars will give massive oomph to your energy application.

Whether it’s increasing sales or losing excess weight, most people have no problem identifying the actions they need to take in order to accomplish their goals. However, many people fall short of achieving their desired outcome, simply because they don’t take enough of that necessary action (example: in sales, instead of calling 10 prospects a day, they may stop at 5.)

If you have natal Mars conjunct, square or opposite Pluto, you most likely do not have this problem. In fact, you’re more likely to take too much action than not enough! Pluto Mars aspects tend to suggest an overachiever that always does more than what’s expected.

Take a look at the following list of overachievers who have natal Pluto Mars aspects:

Transit Pluto conjunct, square or opposite Mars will provide you with more firepower to accomplish your goals. It could be a dramatic increase of motivation followed by some event, or a change of circumstance that forces you to act differently than before.  As a result, your style of action and energy application may change dramatically.

As with the natal Pluto Mars aspect, this transit carries a potential for overkill through excessive action. Although overdoing to the point of harm or injury needs to be avoided, most likely you will go through this transit at a time when you need to be taking more action in order to reach important goals in life.

Your natal Mars’ placement has much to do regarding how this transit will play out. Example: Mars in Gemini may respond to this transit with increased communication, or a different kind of communication (e.g. writing a book, teaching a new course, or studying new subjects in depth.)

By taking massive action toward the goals you cherish, you’ll have made the best use of this time period.

Do you have a natal Pluto Mars aspect? Or have you been experiencing transit Pluto conjunct, square or opposite Mars? How did it affect the way you act and apply your energy? Feel free to share your thoughts and experience in the comment section.