You are here:Home Astrological Planets Mars in 12 Houses: Where Courage and Fear Reside

Mars in 12 Houses: Where Courage and Fear Reside 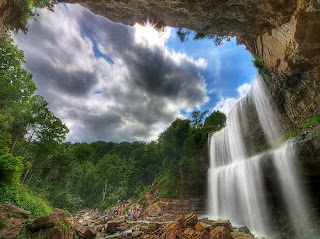 Courage is the ability to confront fear. Like two sides of the same coin, courage and fear cannot exist without each other. We can’t be brave without experiencing fear – if something doesn’t make you feel afraid, then it doesn’t take any courage to do it.

So even though Mars is associated with courage, we can also say that it represents fear.

In your natal chart, the house occupied by Mars shows where fear tends to be present. However, this also means that we have an opportunity to express true courage in these areas.

Mars in 1st house (self image & ego) may suggest the fear of being weak or ineffective. At the core, there may be insecurity about one’s physical appearance or personality. Courage is needed to radically accept one’s own self, and to make necessary changes to be stronger and more effective.

Mars in 2nd house (money & self worth) might indicate the fear of not having enough, or not being enough. Spending money could be fear inducing, even when necessary. In this case, you might end up short changing yourself, not giving yourself what will make you happy. You may need the courage to affirm that “I’m worth it! I can buy myself nice things as long as I can afford it.”

Mars in 3rd house (mindset & communication) may bring up the fear of not being understood. Failure to communicate could lead to serious frustrations, leading to cynical or resigned attitude toward oneself and others. Courage is needed to express oneself clearly, as well as learning to communicate effectively.

Mars in 4th house (home & family) might suggest that there had been a fearful or hurtful atmosphere in your early home, full of criticism or anger. Consequently, such anger or fear might have become a part of your emotional foundation, making you feel unsafe at home. Courage is needed to make a break from the past, and form a new beginning, with a new family.

Mars in 5th house (creativity & children) may indicate a fear of expressing your “inner child.” Fear of being emotionally vulnerable could be masked by bravado and sexual conquests, leading to inner isolation. Courage is needed to make meaningful connections with others, through the honest expressions of feelings and creativity.

Mars in 6th house (service & cooperation with others) can suggest the fear of servitude, which can feel like a loss of dignity. Courage is needed to find self respect through work well done, and to value our own contributions to others.

Mars in 7th house (relationships) may indicate the fear of trusting others, which can lead you to “test” people by fighting them. Courage is needed to see that trust does not equal weakness, nor being taken advantage of.

Mars in 8th house (other’s self worth and well being) could reveal the fear of not matching up to others. This may lead to a trap of constant self comparison, and your feeling diminished by others’ success. Courage is needed to build up other people’s self-worth, as much as your own.

Mars in 9th house (higher mind, other people’s thoughts) suggests the fear of having your own worldview discredited by others. This may lead to a belligerent, know-it-all attitude where beliefs are concerned. Courage is needed to be receptive to other people’s views and opinions, and allow the possibility that they may hold the other side of the truth that you need to hear.

Mars in 10th house (career, vocation) may indicate the fear of not being successful or respectable. The anxiety to succeed quickly may result in rash career decisions. Here you may need to ask yourself how you’d like to contribute to the world, and have the courage to begin pursuing your purpose in life.

Mars in 11th house (friends, love hoped for) could suggest the fear of not being loved or accepted by others, which could lead to feeling alone even among friends. Courage is needed to love and accept yourself first, so that you may begin to receive from others.

Mars in 12th house (secrets, self undoing) often indicates hidden fears, which may lead to some irrational behaviors at times. Courage is needed to look within, and confront the inner demons of fear, shame and anger.

Looking at Mars in Your Natal Chart
Mars archetype is that of a Warrior: whenever you feel uncomfortable or afraid, it helps to be able to identify the cause of the fear, so that your inner Warrior can confront it.

In addition to Mars’ house placement, your Mars sign may suggest how you deal with fear, and the Mars aspects may link several areas of your life together, to be faced with courage and determination.

What did your learn from your natal Mars placement? How does the fear and the courage manifest in your life? Feel free to discuss with emails or comments!