You are here:Home Astrological Planets Mars and Anger: Keys for Horoscope Analysis 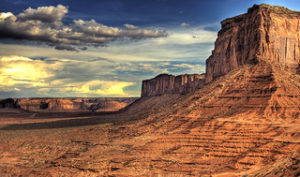 In astrology, Mars represents how we need to pursue what we want in order to be effective.  Ideally, your Mars needs to be spending most of its time in a state of focused action (the Hunter mode) to bring you closer to your goals.  In reality, it’s likely that you also experience Mars as frustration and anger in your daily life.  In this article we’ll explore the angry side of Mars in your horoscope and how it may uniquely express itself in your life.

Mars and the Cause of Anger

The primal purpose of anger is that of protecting your life.  A baby first begins to express anger when its need for nourishment and nurturing is not met – at this stage, anger is a cry for physical and emotional survival.  A little later in life, the ego also begins to feel and express anger in order to protect its identity.   Astrologically speaking, these two causes of anger could correspond with Mars attempting to protect your Sun (identity & will) and Moon (physical & emotional need).

So your natal Sun and Moon may give us a clue as to what makes you angry (the ‘why‘), whereas your Mars placement represents how the anger tends to be expressed and managed.  We’ll briefly go over the 12 signs in relation to ‘why’ and ‘how’ we get angry.

Mars in Aries: “I get angry when YOU get in my way of doing what I want.”  Here the anger will be expressed in highly confrontational, competitive terms in order to prove its supremacy.  Mars in this sign is highly combustible, and anger converts itself into action quickly.

Mars in Taurus: “I get angry when you threaten to destroy my peace and control.”  Taurus values order and equanimity, so it tries to minimize upsets in daily life.  Compared to hotheaded Aries, it takes a lot more accumulation of frustration to make Taurus angry.  When Mars in Taurus does finally decide to express its anger, we can expect formidable stubbornness that refuses to be pushed around.

Mars in Gemini: “I get angry when you don’t appreciate my wit and intelligence.”  Air signs in general are a little too detached to hold on to anger for long.  Anger tends to be converted into criticism and rationalization that leads to the feeling of social/intellectual superiority.  Mars in Gemini would be quite articulate in pointing out the flaws of the offender, perhaps to the point of being sarcastic or witty.

Mars in Cancer: “I get angry when you don’t make me feel safe.”  Sensitive and yet assertive at the same time, Cancer will not shy away from expressing anger when its emotional security is threatened.  As the archetypal mothering sign, the protectiveness of Cancer extends to its family members, as well as larger groups it considers its own.

Mars in Leo: “I get angry when you don’t love and respect me.”   Here the ego demands acknowledgement for its importance.  Leo hates being ignored or taken for granted, and needs to work hard to earn the applause it craves.  When its pride is hurt, Mars in Leo expresses anger in a dramatic, commanding manner that refuses to be disobeyed.

Mars in Virgo: “I get angry when things are not up to my standard.”  As logical and rational as it is humble, Virgo, unlike Leo, doesn’t get too caught up in its own importance.  What frustrates Virgo, however, is when things are not done “right.”  Often there is an underlying perfectionism that is relentless when offended.  Mars in Virgo can be devastatingly critical, both against itself and others.

Mars in Libra:  “I get angry when you act unfairly and don’t appreciate me.”  Being in the Air element, Libra is not a sign that is easily angered.  Because of its highly developed social awareness, Libra instinctively tries to avoid confrontation unless absolutely necessary.  In confrontation, Mars in Libra would evaluate its position in terms of fairness and justice, in order to establish a moral high ground and win others’ support.

Mars in Scorpio: “I get angry when you threaten to make me look weak or unimportant.”  Scorpio seeks security through power and control (including self-control), and will fight back if anyone dares to make light of its importance.  Mars in Scorpio can be icy cold in its anger, hiding its deadly sting until the crucial moment.

Mars in Sagittarius: “I get angry when you don’t respect what I have to say.”  In Sagittarius, the ego asserts itself through strong opinions.  The mind has to work hard in order to earn the right to be heard.  Mars in Sagittarius will fight with full conviction of its moral/intellectual position.

Mars in Capricorn: “I get angry when you get in the way of my plans.”  Controlled and mature Capricorn tends to remain objective in the face of frustration.  If anger gets in the way of its ambition, it’ll be “managed” (just like any other obstacles in its path.)  Mars in Capricorn tends to convert anger into decisive, productive action so that a progress will be made regardless.

Mars in Aquarius: “I get angry when you try to tell me what I can or can’t do.”  A fixed air sign, Aquarius is probably the most emotionally detached sign among the zodiac.  Because of this, it genuinely has a hard time getting in touch with any emotion, including anger.  Mars in Aquarius tends to have an awesome array of intellectual rationales to justify its anger.

Mars in Pisces: “I get angry when you threaten to destroy my ideals.”  Often idealistic to a fault, Pisces does not appreciate it when you mock or deny its beautiful vision.  Mars in Pisces requires the fortification of ideals – otherwise it won’t be able to fight except through covert sabotage.

Mars Saturn aspect suggests the need to control one’s anger, so that its expression is tempered with wisdom.

Mars Uranus aspect intensifies the volatility of anger, and can lead to highly disruptive expressions.

Mars Neptune aspect suppresses the anger somewhat, so that it comes out sideways or not at all.

Mars Pluto aspect suggests extreme force added to the anger, which may be expressed as violent rage.

The Danger of Unexpressed Anger

Mars in 12th house suggests “hidden anger”, and retrograde Mars often indicates internal censoring and suppression of anger. Fixed signs may hold on to their anger for too long without expressing them.

In these and other cases, unexpressed anger tends to make us less emotionally expressive, and tends to invite emotional isolation.  Often such anger has been carried for a long time since early childhood, and will be directed against partner, spouse or children that do not deserve it.  Anger turned inward can also lead to anxiety and depression.

Yet another expression of hidden anger is that you tend to attract anger from other people in your home life – some marriage counselors say that your spouse could be acting the anger out for you.

Looking at Mars in Your Horoscope

Looking at your natal Mars placement, what does it suggest regarding how and why you feel anger?  How do you manage the energy so that it is constructive?  Please feel free to share your thoughts or experience through email or comment.