You are here:Home Astrological Planets Chiron in a Natal Chart – a Reader Question

Chiron in a Natal Chart – a Reader Question 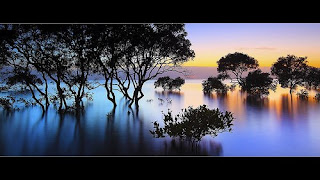 Someone asked me to write about Chiron in a birth chart, so here it goes:

Chiron the Wounded Healer
Chiron is a name given to the comet that orbits between Saturn and Uranus. Chiron the Centaur is commonly referred to as the “wounded healer” among astrologers, due to his story (in the Greek myth) that he was a famous healer who was shot by an arrow soaked in hydra’s blood, and had given up his immortality because he was unable to heal his own wounds and could not bear the pain (more here).

Because of this story, the usual thought is to associate some kind of “deep wounds that refuse to go away” to the area Chiron is found in the natal chart. It is also associated with healing and helping of others, often in a self sacrificing manner: in the myth, Chiron sacrifices his life in order to save Prometheus (who was being punished eternally for his sin of stealing fire and giving it to mankind.)

Naturally, Chiron tends to be prominent in the horoscopes of those involved in recovery or healing work of some kind (examples: Bernie Siegel has Chiron trine Midheaven, John Bradshaw has Chiron conjunct Ascendant, Caroline Myss has Chiron square Midheaven.)

Teacher, Mentor and Astrologer
What is not so often mentioned is that Chiron was also a great teacher and an astrologer as well – so we tend to find Chiron emphasized in astrologers’ horoscopes. My guess is it will be somewhat emphasized in a horoscope of people that teach and mentor other people in a healing or empowering way (note that the people sited in above paragraph are all respected teachers as well.)

Chiron and Prometheus: Healing Wounds By Helping Others
I think the message of the myth is not so much that Chiron was a poor fellow who suffered horrible pain & death despite his healing gift (the negative interpretations associated with Chiron’s natal placement suggests the prevalence of this view among some astrologers.)

Rather, another way to see the story is that the only way a Chiron could be freed of the poison of hydra’s blood (representing, perhaps, toxic thoughts, beliefs and hurts that seem to last a lifetime) was to help save Prometheus – who symbolizes creative rebellion and enlightenment (stealing fire from gods for the progress of humanity) as well as cutting off the chains of the limiting past.

The myth suggests that Prometheus would not have been released from the chains that bound him were it not for Chiron, and Chiron would not have been free from his suffering were it not for Prometheus. Both Chiron and Prometheus represent parts of our psyche: So the chains that bind us can be cut by the wisdom of the healer, and healing can only occur by our “giving fire to others”, i.e. helping others to reach the next level.

Benefit of Massaging Your Partner – A Practical Metaphor
In a group experiment, it was found that when one person massages another person, the massaging person actually experienced relief in the areas that he/she was working on in another person’s body – so both the “healer” and the “patient” were helped by their exchange.

What All This Means – A Reader Question
So a reader wrote to me saying that she has Chiron in the 9th house, and from childhood she had a terrible fear of math, which was so bad that she actually did not persue college education because of it (more about 9th house here.) So this is a classic 9th house “wound,” naturally influencing her self image and confidence (she actually described it as “a ball and chain” for her, much like the myth of Prometheus.)

Going with the Chiron myth, it seems to me that the only way for her to be freed of this fear would be to actually help others learn math: the reader even wrote herself: “you know, I used to have this weird fantasy that I would conquer math and go on to teach it in ways that could help people like me! One size teaching does not fit all. (I have been a successful dance and preschool teacher and I know this to be true!)” Sounds great to me (doesn’t it?)

So then I wouldn’t consider it a fantasy at all: I’d look for opportunities to teach math to young children, buying good books on the subject and getting help from friends or tutors herself so that she is able to teach. Remember that we teach what we need to learn.

If my reader is really ambitious, she could go back to college, get her AA degree, and afterwards see if she’d like to pursue an education degree. In the process the chains would be gone (or at least, it will evolve into some other form, to be dealt with at a later time), she’d feel a lot better about herself, and will open herself to a new career opportunity that means a lot for her, i.e. helping children who have the same problem that she used to have.

Conclusion: helping, learning, teaching, and breaking free
Is it going to be easy or comfortable to do these things? Probably not; but hey, it’s better to climb this mountain than keep feeling the pain of hydra’s poison (in her case, a shame about not having gone to college or pursued advanced education of some kind) all of our life. This is not just about math, but about all of the small thinking and limiting beliefs from the past we have about ourselves that bind our lives and cause anxiety and frustration.

Chiron’s challenge is to work on healing the wounds through helping others do the same. By cutting ourselves off from the prison of past negativity, we die to the old, pain-filled identity. Then the wisdom to help others can bloom from the experience. So Chiron is about helping, learning, teaching, and breaking free. We may repeat the cycle several times, but it can only lead to more good, for ourselves and others we serve.