You are here:Home Archives for Aspects Uranus Aspects

Venus is the part of you that bonds with others through attraction and trust.  Uranus intensifies what it touches, and gives it your unique personality.

If Venus and Uranus form an aspect (especially conjunction, square or opposition) in your horoscope, your social and relationship needs become intensified in a unique way.

Here are some of the possible ways a Venus Uranus aspect can express its energy in your life:

Since Uranus supercharges Venus’ social needs, you may feel an intense need to connect with others.  As Uranus is the desire for experimentation, you may also feel hungry for excitement and novelty within your relationships.

This suggests that you may be eager to form new, interesting relationships, and might feel stagnant if there isn’t enough action taking place within your social spheres.

END_OF_DOCUMENT_TOKEN_TO_BE_REPLACED

MERCURY IS HOW YOU NEED TO THINK

Mercury rules ideas, communication and information.  Mercury isn’t necessarily “the way you think and talk”, but its position and aspect in your natal chart suggests how you need to think and communicate in order to be effective.

Aspects to Mercury can modify what your mind needs in order to feel confident (e.g. Saturn aspecting Mercury suggests a need for practical, structured thought).  No planet is inherently negative or positive, so it helps to explore both possibilities when looking at your Mercury aspect.

Uranus rules technology, revolution and humanitarian movement.  Uranus is a symbol of future unfolding in front of us.

Uranus disrupts the stagnant status quo by encouraging progress.  When your planet is touched by Uranus, it tends to become highly active (‘electrified’) within your psyche.

What happens when Mercury and Uranus meet?

Mercury is naturally curious and enjoys new information, but Uranus brings its tendency to a new level.  Uranus conjunct, square or opposite Mercury fires up the mind’s drive for learning and discovering novel ideas.

At the positive end of the spectrum, Mercury Uranus aspect can suggest that you have the mind of an inspired scientist that loves experimenting with new ideas and come up with new ways of doing things.

The tendency to experiment with new ideas can be applied to any field.  Here are some examples: END_OF_DOCUMENT_TOKEN_TO_BE_REPLACED

In astrology, Moon represents your innermost needs and feelings. Some astrologers think of the Moon as the soul, containing all your memories, desires, and your primal connection with your mother and the home.

Natal Moon aspects are highly personal – you tend to feel the energy of the aspecting planets deeply from a young age.  You get attuned to the energy of the planet aspecting the Moon – it becomes familiar, like the comfort you may feel from your mother and your childhood home.

In many ways, Moon represents the comfort of your roots, of your past.  Knowing your emotional roots helps you to know who you are.

In contrast to Moon’s sense of rootedness in one’s past, Uranus archetype contains the energy of tomorrow.  Not tomorrow as a continuation of yesterday and today, but as a threshold that opens into the unexpected, the unknown.  It represents endless possibilities for change and new ideas, but also threatens to disrupt the comfortable patterns and routines established in the past.

How do these two vastly different archetypes interact, both natally and in transit?

END_OF_DOCUMENT_TOKEN_TO_BE_REPLACED

The more original a human being is, the deeper is his anxiety.
– Søren Kierkegaard

Uranus represents qualities such as independence, freedom and out-of-the-box thinking.  It’s the planet associated with outliers, geniuses and revolutionaries.

Sun represents your core energy and life purpose.  Just like how a plant grows toward Sun’s light, you tend to grow in the direction suggested by your natal Sun’s placement.

With natal Sun conjunct, square or opposite Uranus, the pathway of your growth points toward individuation.  It means you won’t be satisfied until you truly tasted the freedom to be yourself.

With Uranus guiding your life direction, you tend to have a lot of energy – both physically and mentally – toward self expression and ego development.

While others may be bound by traditional cultural expectations thrust upon them by their family and friends, you are somehow freer to pursue your own path.  It could be said that you have nothing holding you back from doing what interests you, which can be exciting and scary at the same time.

THE FLIP SIDE OF FREEDOM IS…

Anxiety.  While others may complain about boredom of predictive routines, they at least have the security of “doing what they’re supposed to be doing” with their life.

You, on the other hand, somehow do not or cannot walk on the same path as everyone.  Maybe you chose to step off the rail, or something forced you to.  You may feel as if there is no guidebook to where you are going – and you’re probably right.

THE CURES FOR ANXIETY ARE…

END_OF_DOCUMENT_TOKEN_TO_BE_REPLACED 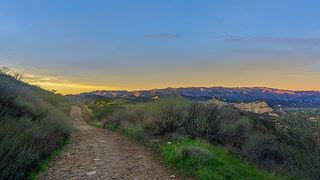 Transit or solar arc between Uranus and Pluto can mark a dynamic period of empowerment and individuation. Uranus intensifies Pluto’s need for deep transformation, and Pluto empowers Uranus’ need to be true to one’s self without worrying about what other people may think.

Noel Tyl said Uranus Pluto transit is like Jesus walking into the temple and overturning the tables of moneychangers. There is a powerful sense of “this MUST change now!” that accompanies this transit. There may also be an upheaval that opens up hitherto unseen possibilities.

Whether you experience it on an external or internal level, Uranus-Pluto transit could present an opportunity to make life-altering changes.

Here are some questions that may be relevant during Uranus conjunct, square or opposition Pluto:

As Uranus-Pluto transit nears exact conjunction, square or opposition, you may feel a pressure building in the form of upsets or discontent in any area of your life. This could be a warning signal showing you that the time to make the necessary change is now.

But what if you don’t, and continue tolerating the intolerable situation? The tension and pressure might implode within the body, causing some health issues perhaps 1-2 years later.

Under the force of Uranus-Pluto transit, it may be easier to find the courage to take a step of faith in a brand new direction. Afterward, you will most likely feel stronger and more attuned to your authentic self.

Are you experiencing the Uranus-Pluto transit right now? How do you feel its pressure? Were you able to make the necessary changes? Feel free to share your thoughts and experience in the comment section.