You are here:Home Archives for Aspects Neptune Aspects

Moon represents instincts and emotions.  Neptune refines everything it touches. When Moon and Neptune form an aspect, your emotional receptors become much more refined and sensitive compared to others.

Here we’ll explore the various potential of Moon Neptune aspect and how to channel its sensitivity in a constructive way:

Refined sensitivity can be either ecstatic or painful.  Having a natal Moon Neptune aspect usually means magnified feeling sensations.

Your feeling of love can be felt as a blissful, swooning infatuation.  On the other hand, the pain of abandonment can be devastating.  Happiness is experienced as pure joy, whereas depression can be crushing.

Unless grounded by other factors (earth, Saturn) in your horoscope, such sensitivity can easily turn into vulnerability.

Growing up with special sensitivity isn’t easy, for others may label you oversensitive.  Exposure to harshness or abandonment can shock your psyche into numbness.

Being numb is a defense mechanism, and many Neptunians actually choose to be numb in order to avoid experiencing the intensity of their emotional pain.  Escapism, then, becomes the norm.

While escapism is a common reaction to the overwhelming sensitivity of Moon Neptune aspect, there is an alternative: To choose to be alive by feeling everything.

Fully feeling your emotions takes courage, especially if you have the sensitivity of a Moon Neptune aspect.  However, actually feeling the pain of disappointment, sadness or separation will be healing to your sensitivity.

By opening yourself to accept the painful emotions, you’re also opening to the joyful emotions within.  When you choose to feel instead of escape, numbness gradually fades, and the feeling of joy returns.

When you have the courage to feel, your sensitivity will allow you to see things more clearly, rather than less.  Your imagination turns into vision, aided by your intuitive understanding of all things.

Conclusion: Managing (and Embracing) Your Sensitivity

Rich, colorful emotions.  Moon Neptune aspect reflects a poet’s sensitivity and imagination.  When balanced by other parts of your psyche, it becomes a unique asset.

Managing the strong sensitivity isn’t always easy, especially if you’ve had a rough upbringing with unstable emotional foundation.  Like most Moon related tension in the horoscope, the answer lies in fully feeling the emotions rather than avoid them.

Do you have a natal Moon Neptune aspect?  How do you experience it’s strengths and challenges?  Feel free to share your thoughts and experience in the comment section.

In astrology, Sun symbolizes your life direction – its placement suggests which way your journey toward self-actualization is likely to take you.

Neptune opens your awareness to creative vision and social/spiritual ideals.  A strong Neptune in a horoscope often suggests an ability to “see” goals or solutions with vivid clarity – it’s a bit like having a second sight.

If Sun and Neptune form an aspect in your chart, your self-expression and life goals must include creativity and vision for you to find fulfillment.  However, this is not to say it’ll happen naturally – like any solar journey, there will be challenges and pitfalls along the way before you reach your potential.

INCREASED SENSITIVITY: A GIFT AND A CHALLENGE

END_OF_DOCUMENT_TOKEN_TO_BE_REPLACED

‘Optimism is the faith that leads to achievement. Nothing can be done without hope and confidence.’
– Helen Keller

Mars represents how you need to apply your energy in order to be effective.  When functioning well, Mars is like a star salesman that brings business and success to his company – he can effectively bring you the result you want.

Neptune represents your capacity for creative visualization.  You get in touch with it whenever you envision a better future for yourself or for others.  A positively functioning Neptune adds a quality of vision and inspiration to your personality.

WHAT THEY SAY WHEN A SALESMAN AND A VISIONARY GET TOGETHER…

Let’s make a movie and sell it.  Or something like that – Mars Neptune aspects have a quality of promoting (Mars) your creative vision (Neptune) to others.  Your vision could be grand, beautiful, or merely entertaining – so long as you apply your creativity and imagination to make something happen, you’re utilizing this aspect.

Do you want to create music or film?  Have an idea that can help improve people’s lives?    The gift and the opportunity of Mars Neptune aspect (especially conjunction, square or opposition) is that you are able to bring what you envision in your mind into the physical realm through action (Mars).

WHAT HAPPENS TO PEOPLE THAT LIVE BY THEIR VISION?

They become magnetic.  Charismatic leaders have this quality of making others “see” the vision they hold. By speaking out (Mars) about their vision of a better future (Neptune), these leaders impact and inspire others.  If you have Mars Neptune aspect, you have a kind of magic about your personality (or at least the potential for it) that attracts people to you.

WHAT IF I HAVE THIS ASPECT BUT I’M NOT FEELING ANY VISION?

Let’s think of two scenarios which may apply if this is the case: END_OF_DOCUMENT_TOKEN_TO_BE_REPLACED 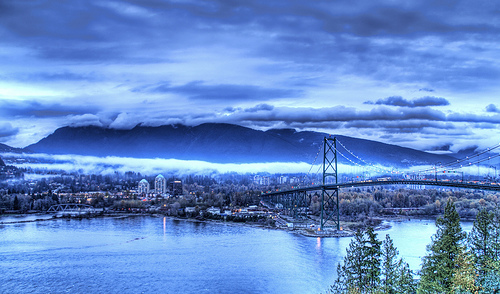 A reader asked me to write about Saturn Neptune aspect.  Let’s begin by reviewing the keywords for both planets.

Key concepts for Saturn and Neptune