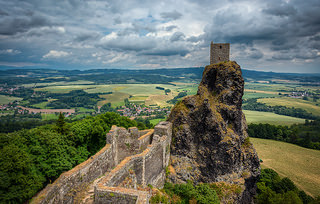 8th House and the Habit of Comparison

In psychological astrology, 8th house represents “other’s values and self worth.”  Considering the fact that 8th house is always opposite from 2nd house (representing your values and self worth), perhaps it’s only natural that people tend to compare themselves against each other in terms of their income, looks, status and possessions. A strong natal tension in the 2nd and the 8th house may suggest insecurity with regard to your own worth or value in relation to others.

If the 2nd-8th house axis is under tension, you might get into a habit of self criticism through comparing yourself with others that have more than you in some area.  This habit can turn into a lifelong game of trying to get ahead of others in order to feel better about yourself.  Happiness from achievement is often short-lived, if comparison with others is the only means you have to measure your success (as opposed to having an internal compass that define your own version of success.)

8th House and the Habit of Criticism

Both of the above dynamics come from the unconsciously held belief that the only way to feel secure is to bring others down (criticism) or not elevating others too high (not able to give compliments.)  Their unfortunate consequence is that relationships become difficult to sustain due to constant criticism or lack of appreciation.

Building Others’ Self Worth and Well-Being: Reversing the Destructive Habits

The opposition between the 2nd and the 8th house suggests important connection between your own self worth and that of others – we could even say that the values we perceive in others reflect our own self-worth.

To reverse the destructive pattern of criticism, it’s better to create a habit of building others up – including giving compliments frequently and freely about other people’s strengths and accomplishments.  In giving the gift of appreciation to others, our own self-respect and appreciation grow.

Many therapists and wellness experts (those that work on restoring the mental/physical well-being of others) have 8th house theme in their horoscope, and through the act of healing and building others up, they often experience increased well-being themselves.  The mirror-like reflection between 2nd and the 8th house suggests that stopping the habit of criticism and starting the habit of praising others might be your best confidence builder.

Filed Under: Astrological Houses, Self Help 19 Comments
About Hiroki Niizato