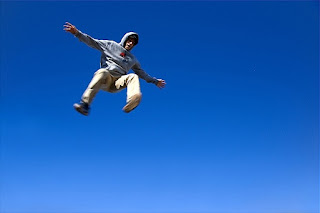 12th House experience has to do with losing your props, i.e. the anchor that grounds you to the earthly life. Since most of us acquire a sense of identity, power and self worth through our work, relationships, marriage, family and status, it can be devastating to lose one or more of these props. Hence, the classic astrologers called this “the House of Troubles.”

What happens after you lose the props, but life goes on? Often the passage of Saturn and outer planets through the 12th House into the 1st House mark a dramatic departure from the past. The process of dissolution is almost complete, and a new sense of self emerges – sometimes gradually, other times quite suddenly.

When my Saturn crossed the Ascendant, I graduated from high school in Japan, and decided to come to United States to study music in college. I effectively lost all of my social ties in Japan, and was disoriented for a while – but after a year or so, I emerged with a very different self image – it was like I died and took on a new life (there is a funny thing that happens in your brain when you divorce from one language and switch into another. Now I think in English.)

So several times in your life, there are experiences that happen that change your life forever. It may start out as “troubles,” in the form of an illness, loss of family or marriage, or some kind of failure. But as long as you keep on living, chances are that you’ll emerge with a new identity, even a new life.

If you have your own 12th house story, please feel free to write or comment…